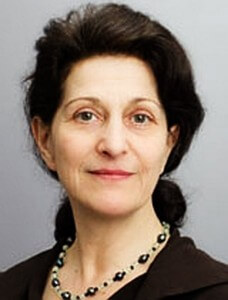 »The future of Europe is often seen as a linear continuation of an on-going development, fueling as such hopes for better times – provided that political and economic decisions keep things on the “right” track. This perspective has been complemented by two assumptions in this book: firstly, that the outcome of such decisions depends on how the past is regarded and rated, and secondly, that the decisions themselves are necessarily influenced by non-European factors. The present investigation of the relationship between culture and politics is thus centered on three points of interest: one is historical, another Europe-focused and a third deals with foreign policy. This procedure is based on a further premise, i.e. that changes in society do not occur either automatically or necessarily. They usually take place as a result of the actions of those representing specific interests and values, who are at the same time exposed to various influencing factors. This does not mean, conversely, that all these social processes can be regulated by applying scientifically sound analysis. On the contrary, scientific methods and theories themselves are subject to constant change, making their application and advance in knowledge an on-going challenge.

The dynamics of the development of the states within Europe over the past 150 years is described in the chapter dealing with the historical aspects: from absolute to constitutional monarchies, from republics and dictatorships to the present-day democracies. Whatever the case, culture has always served the purpose of power politics, thus hovering at the crossroads of war and peace. This became very apparent at the beginning of the 20th century when the freshly founded democratic states allowed their citizens to determine for the first time their own cultural agenda. Indeed, the victory of the politically based consociational democracies who pledged to uphold cultural pluralism in the peace treaties of 1919/1920 was soon to be challenged by anti-democratic, nationalistic and national socialist movements. It was ultimately National Socialism with its racially motivated new order of Europe that, to this very day, has shaped our understanding of the nation as a culturally homogeneous community. The situation was particularly tenacious in Eastern Europe which came under Stalin’s sphere of influence and did not return to the democratic model of a nation of free political consensus. On the contrary, a cultural and national model was adopted and further developed, granting political participatory rights according to cultural affinity.

The second part of this book describes how after the Second World War an attempt was made at a new start for democracy in Western Europe, whereby efforts initially made towards European integration between the two world wars were renewed. But it was not only factors like the political division of the Continent into East and West, or a planned or free market economy that stood in the way. The borderline between dictatorships and democracies ran straight through Western Europe, between the members of the Council of Europe and the regimes in Portugal, Spain and Greece whose elites justified their claim to power on the basis of Christian and cultural values. There was also an initial resentment on the part of the colonial powers Great Britain and France who only gradually abandoned the cultural models of their one-time imperial greatness. The euphoria was all the greater when, with the end of the confrontation of the systems in 1990, the Eastern Europe countries willing to reform seized the opportunity for democratic self-determination. However, cultural models of the socialist era continued to have their influence or revived those used under National Socialism so that the threat of a renewed politicization of culture in Europe has been increasing ever since. This tendency is reflected in the popularity of nationalist parties in the elections to the European Parliament as well as in the independence referendums (2014) of Crimea, Catalonia or Scotland. Cultural values can sow the seeds of discord again and even throw the territorial integrity of a seasoned, consociationally organised country like Great Britain into disarray.

In the third part of this book we take a look at the extent to which the phenomenon of culturalization has already affected the foreign policies of some of the EU member states. Away from the eye of the European public, countries like Bulgaria, Rumania or Hungary are following a policy of dual nationality in order to compensate for their dwindling workforce. In so doing, they are not only turning millions outside of the EU into citizens of the EU without the other EU members having a say or right to object. They are, above all, destabilizing all the countries bordering the EU with a model of a cultural nation based on lineage and language, from the Baltic states of Belarus and Ukraine to the Republic of Moldavia and the Balkans. Whereas Russia was initially only a defensive player in the wings of these inter-ethnical lines of conflict, it has itself become part of the conflict since the Georgian War in 2008, or at least since the outbreak of the Ukraine crisis at the end of 2013. But there are other examples such as Turkey or the countries of the Arab Spring that show to what extent even the seasoned members of the EU are progressively moving away from their own values as consociational democracies and pressing for a culturization of the Muslim-oriented world. By doing so, however, they are promoting a gradual disintegration of the state along the lines of cultural and religious identities instead of supporting the politically motivated consociational democracies.

In the end, it is a question of what these developments mean and what alternatives there are. Do they reflect a temporary crisis of values among western democracies or do they indicate a cultural convergence with countries in which the ruling elites legitimize themselves with cultural or religious values, as was the case with the European monarchies and dictatorships? The intention of this book is to sensitize the reader to the fact that such a process of convergence could ultimately be beneficial to democracy and the rule of law if Europe’s consociational democracies remember their constitutional values, maintain them as their cultural assets and organize their European integration process as well as their foreign policies accordingly. This ultimately necessitates commitment to non-intervention and acknowledgement of the territorial integrity of the countries concerned.«